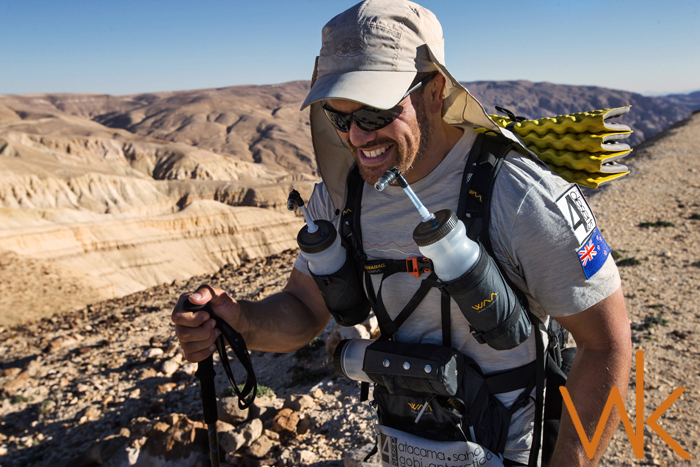 Where do I start? I left with a million memories, stories and impressions. I’ve been back just eight weeks but already, with my usual whirlwind pace of life, details are starting to escape me so I forced myself to sit down and record my recollections…

February 12th, I landed in Amman, Jordan for a gig I’ve long been passionate about. For a little over a week, I would be surrounded by some amazing athletes, both full-on pro’s and weekend warriors, all bound by some quest for discovery, all intimidated, nervous yet excited by the challenge that lay ahead. My history with the Racing the Planet / 4 Deserts goes back to 2007 when I shot their Sahara Run in Egypt, which was quickly followed by my covering their races in remote China and the salt flats in Chile. I just loved them. The growing understanding and …passion for ultra distance running saw me sign up for their Gobi March race in 2011. Competing and not shooting, was even sweeter!

If you’re not aware of these events, the format is pretty simple. You load a backpack with the bare minimum to be fully self sufficient for seven days and start running. Over six stages, you cover a mind-blowing 250km and if you manage to keep your act together during the race, you happily cross the finish line to receive the biggest medal ever. Sound easy? Just try one and you might re-consider your answer!

It’s worth watching the above slidemovie to absorb some of my best images. My objective when it comes to race photography is pretty straightforward. It’s about story telling… creating a visual story that captures the true essence of the race.

What makes these kinds of races so special and makes me want to keep on coming back are simply the people… the volunteers, the competitors, the crew. It takes a certain breed to like this kind of stuff and for one week we’re one big happy family working our butts off a magical experience for all.

Would I race again? Yes. As a matter of fact I competed in a shorter (if you call 140k short) race in Dubai called Extreme 3 just a week after returning home. As for a biggy like 4 Deserts … it is sort of in my head that if the Sahara Run returns to Jordan, I’m in!

My big thanks to Mary, Sam, Alina, Matt and the remaining crew at 4 Deserts for the opportunity and adventure. See you soon.