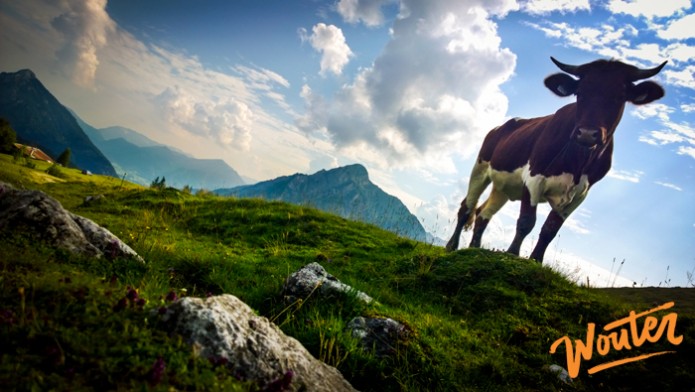 Photography and running… where my two greatest passions meet!

When Stefan, a buddy who works for Nokia / Microsoft was raving about their new Nokia Lumia 1020 with a 41 megapixel camera phone, I looked at him and said… “Yeah right. You must be joking!” In my view, 41 megapixels is like working with a medium format camera like a Hasselblad or a Phase One… not with a 160 gram mobile phone! But he was adamant that the gear on hand was so worth it. “Just try it,” he urged, then just before we both set off on our annual summer sabbaticals, he dropped off a box with a brand new Lumia 1020. Naturally, I felt compelled to give it a good bash!

As many of you know, the months of July and August are when I switch off, leave my gear and worries behind and head to Europe… to family, to friends, to a green horizon and to the Alps. This summer I had in tow my iPhone, a Canon G1X and the above mentioned Lumia 1020. The Lumia, I decided, would join me on my trail running journeys. A perfect slim fit inside my trail running pack.

I pretty much managed to run every second day for the two months I was away and would have easily clocked around 300 km’s. I ran in Holland, France and Austria, mostly on forest trails, along shorelines, through mountains and up some serious cliff faces. It felt liberating… so fresh, so exploratory. With all the travelling we did, every run was different. On my more remote runs, I would take a picture of a portion of the map with an imaginary route and leave the map at the lodge. This works, provided you stay within the confines of the map! Once, I accidentally took a wrong turn at the base of Mt. Ventoux in France and ran off my picture, off the map. I was lost and loved it, thanks to the excuse to explore a little more and add an hour or so onto my run. I returned exhausted yet happy.

For a few years now, I’ve run without a watch or any other tracking device. It feels awesome making the focus more about freedom and less about performance. And that, for me, is what trail running is all about… letting the route and trails dictate how the session pans out. Granted, I did get an occasional stern look when I got home later than planned but that’s all part of the package.

I knew that I would be running in stunning places, the memories of which fade fast but with my little Lumia within reach, it was easy to capture the beautiful surroundings and at 40mp, these pictures could have the potential to feature on a massive billboard. The camera worked wonders and the images on the 4.5” screen looked amazing, nicely saturated in rich colours and with exceptional detail. I loved the simplicity of taking pictures, the movable focus point. It would need to operate a little quicker, in terms of frames per second, if I were to use it for pro assignments but I can easily imagine this could be rectified in future models. It’s only when bringing the images into Photoshop, that you’re reminded that these are pictures taken on a mobile phone. Size matters only when a particular size is needed and 41mp is a lot of pixels. A lot! The top image here, my favourite, I plan to print as a massive 4x2m wall graphic in our new office as a sweet reminder of the joys of trail running in the Alps and as proof that the 1020 is serious piece of kit.