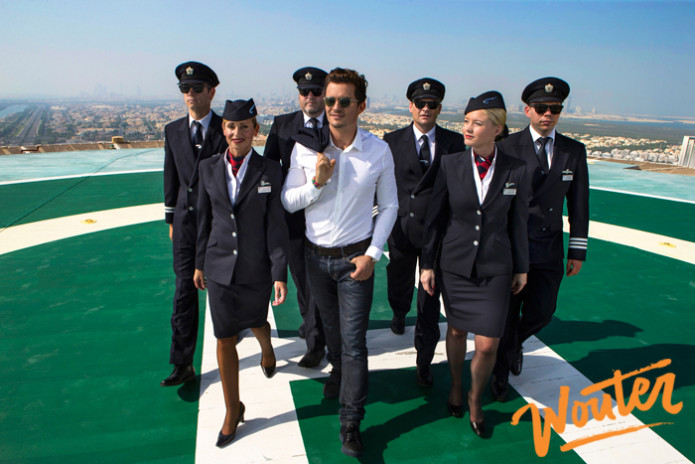 As part of the recent British Airways PR roll out, we recently shot on the helipad of Abu Dhabi’s Hyatt Capital Gate hotel. It’s a pretty cool location with aerial views of the Abu Dhabi skyline. We were shooting Hollywood actor Orlando Bloom, a celebrity heartthrob who first landed in the limelight for his role in the Lord of the Rings and Hobbit trilogies. 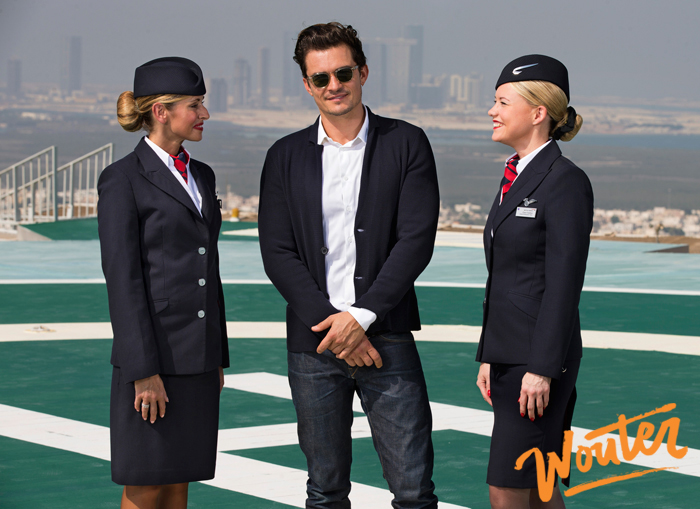 As his schedule dictated, we ended up shooting just after 1pm. This meant harsh sunlight along with super warm temperatures, unusual for early November, making the conditions far from ideal for photography. But then again, do the perfect conditions ever present themselves? You just have to work best with what you have. In this case, the key was to keep it short and sweet with a well orchestrated, highly conceptualised and pre-figured set of images. I had shot on this helipad before with Matteo Manassero so I had some advantage of knowing what to expect. 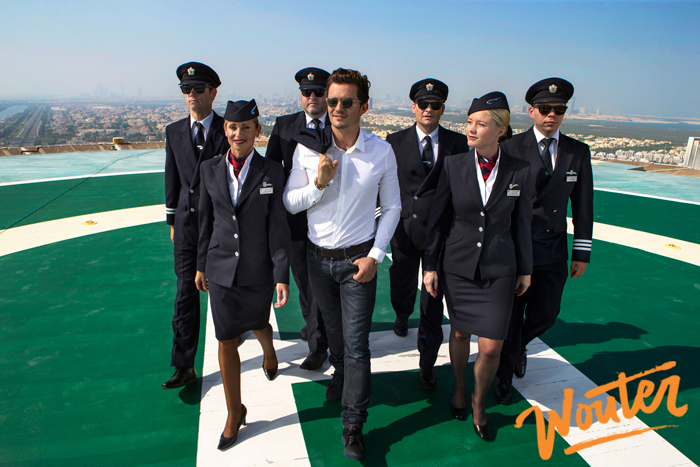 Arriving on set early with my assistant Kish, we dragged all the kit up stairs, worked on our shortlist, had a rehearsal with the BA crew, then agreed on our ultimate three shots. First up was the usual head-on pose, second, a more dynamic shot of Orlando surrounded by BA crew. I gave the crew a real scare when I tripped over my studio light cables when walking backwards, near the edge of the helipad. Thought was quite funny (but might have been the only one…).

Finally a fisheye shot, that really captured the lines of the helipad and the curve of the skyline.There’s a similar shot in my aerial series when I photographed the iconic Palm Jumeirah using a fisheye lens. Taken from a helicopter, it made the cover of the national newspaper. I don’t use this lens very often, but I carry it with me always and when mounted at the right time, the results are amazing. 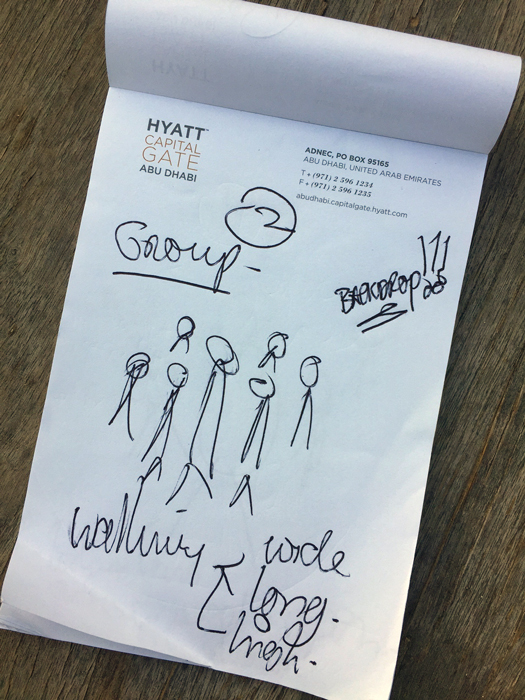 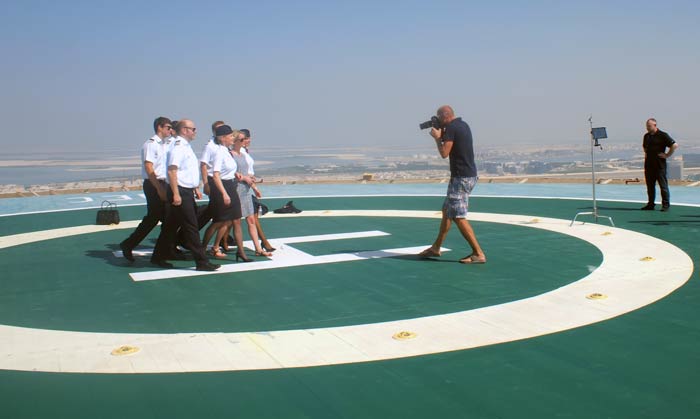 Rehearsal – Behind the scenes image by Kish 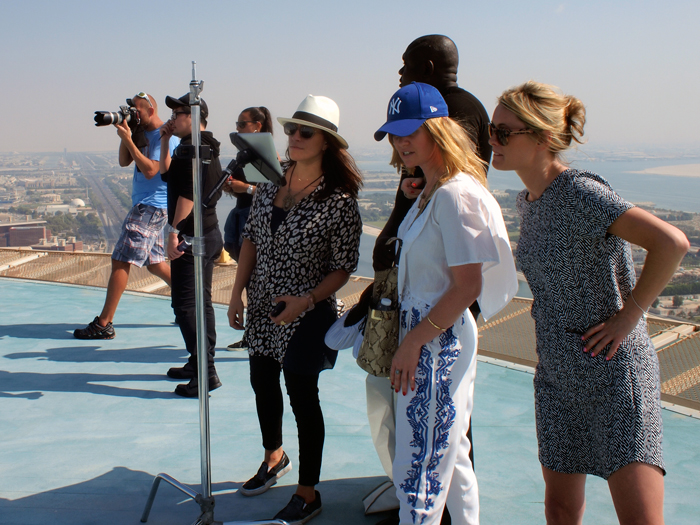 Our short and sweet plan panned out perfectly… we were in and out within the hour.