My love for running really took off when I moved to Dubai in 2002. It all started with my first half marathon in Abu Dhabi. Marathons and triathlons followed then eventually I discovered that my true passion lay in long distance trail running. There are so many reasons to love trail running. I love exploring new places. Nothing beats heading off in a random direction and just discovering where the path takes you. Trail running also unites interesting people and amazing places. On longer solo runs, I get to munch on business topics; my keynote at World Art Dubai came together during the 30k night rebel race. There’s alot to be said for using solitude to feed your creativity. 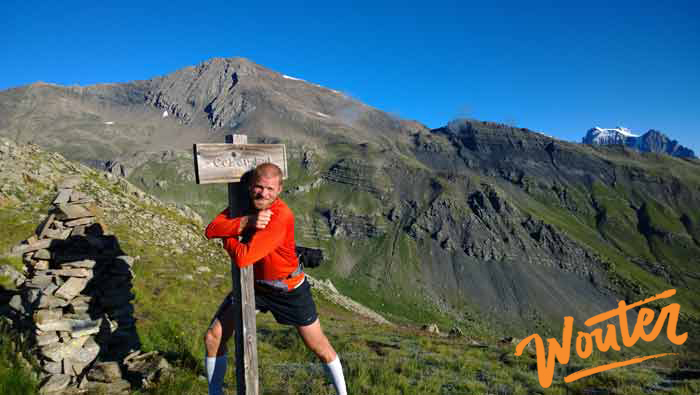 These are my top most memorable runs over the years:

> My best run last summer was with my friend Ilonka, who runs a mountain lodge in the France Alps. We both love alpine runs and got up early one morning to hit the mountains. I don’t own any cold weather running gear and can remember it was a bitterly cold start in just shorts and a light fleece at 5am. Still dark, we used our head torches to wind through the forest trails, past little mountain village Narreyroux and on to Col du Bal. Running on the high ridges with spectacular views and fresh mountain air is when I’m in my element. These are truly magical moments.

> A run filled with anxiety and excitement… or perhaps more an escape run! I fled my parents house back in 2003 to run free. It was my wedding day and the house was full of family and friends… it felt like chaos and I just needed to get out there on my own. I enjoyed an amazing run through the forest and remember feeling so free.

> Day seven of the Gobi March, a 250k self supported running race in remote China. Day seven marked the final stretch to the finish line and I can remember running the entire way, despite the blisters, aching limbs and immense fatigue. Running through the Flaming Mountains and ending at a Buddhist village made for an incredible setting. It was pretty much all downhill at that point. Crossing that finishing line came with such immense relief and pride before receiving the biggest medal ever. I felt on top of the world.

> A memorable run to be that remains in the pipeline will be a dash with one my boys, either in a competition or just a run down the street. Having seen other dads during that proud moment of first running with their sons, I can’t wait to do so with my own.

> Living in Dubai means living pretty much in the desert. In just a 30min drive, you can hit spectacular dunes which make for perfect training ground. Running in soft sand builds character, turns a run into a serious workout and requires a decent sense of navigation. Followed by setting up camp with the family, these runs can turn into a really fun weekend. I remember one run not far from Bab al Shams, when off I started, with a loaded pack at the usual crazy hour and there, beautifully lit by the early morning sun, was a stunning white Arabian Oryx. It was perhaps only 100m away, staring intensely at me… probably wondering what on earth I was doing… for what seemed an age. I stood still, staring back at him and then he just dashed off. And so did I.