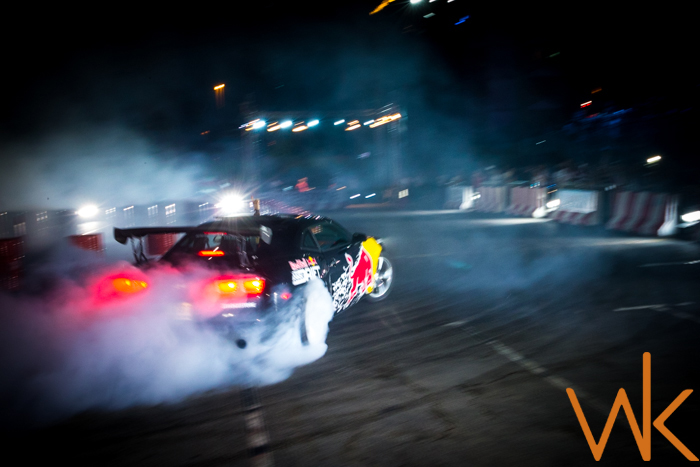 Working for Red Bull is great fun and they always get the mix just right. The scene looked awesome with lots of energy, music and liquids to give you wings. They’re very strong on their brand marketing generic viagra online canada and the ever-enthusiastic crew are always a joy to work with. Every image tends to have one big logo, occasionally two which… brings a subtlety that I love.

The formula is simple. Sixteen drivers and their pimped up cars have to drive the course route and perform certain drills, with the winning title going to the fastest driver with the least faults. In reality though, it’s much more complicated… this is a serious sport requiring mass skill and strong guts. The speed they drive at is incredible and how they handle their cars, jaw dropping. Just imagine having to come flying down at crazy high speed only to pull the handbrake abruptly and make a sharp sideways turn, still at crazy high speed, then slip with precision through an arch. It’s mad but it really does look great!

My best gear decision for this shoot was simply a pair of earplugs, a necessity for those assignments when the decibels hit rocket levels. For spectators it’s easy… when the drivers put their foot down, they can just stick their fingers in their ears. For me, this would obviously affect my ability to shoot!

The next best piece of kit I had to hand were my trusted 1D X’s. My last Nike post (link) goes into greater detail but they really do work a treat when playing the low light & fast action game. It feels reassuring to know that regardless of the working conditions, I can constantly increase my ISO settings to keep the shutter at the speed I want it. I shot a mix of panning shots at around 1/40 and also some fast frozen action at 1/640 at ISO 5000. No holding back!

I crafted an iconic Red Bull composition shot. This isn’t an overly complicated image to take. You just need to find the perfect composition then keep your finger down at the right time and gun through the frames. A fast Extreme Pro CF card helps to keep the buffer clear from delays. You’d normally use a tripod but I opted for handheld. Why? Because  I was balancing on a wobbly light tower and every time a car left the pit lane, the tower would shake by the G-force so a tripod would have been useless. One nice added extra was being able to adjust the shutter as the car moved out of the box to enhance the element of speed.

Thanks to the team for a great night out. There was a lot of running around but looking at the results, this was all worthwhile and by 3am I was seriously ready to crash out…