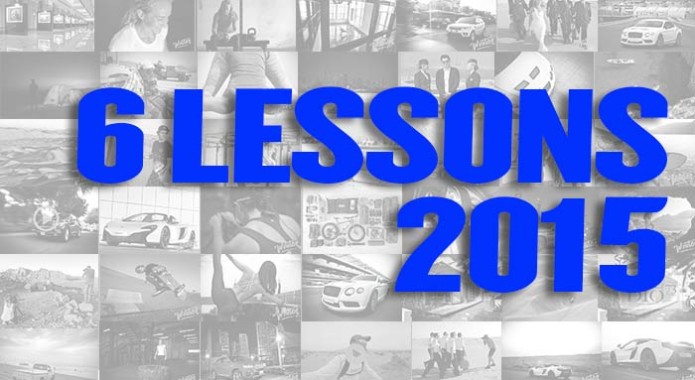 How to summarise a stunning year in one word? … Blessed.

It is a true blessing to work with so many amazing clients seeking to go that extra mile, athletes who are at the top of their game and so many interesting, inspiring and courageous people. Yip, 2015 has been a pretty awesome year and I’m very grateful for all that’s happened. 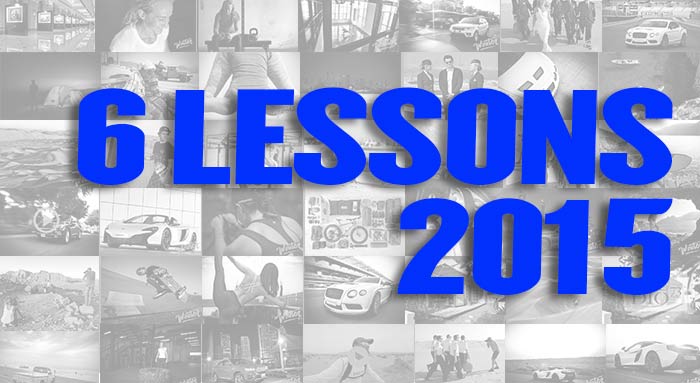 The last five or so years, I’ve written a recap post reflecting back on the twelve months behind me and every year I make the same observation about the speed of our lives. Consumed by the digital rat race, we play a constant juggling game between family, work and play. So much happens that unless I sit down and recap, I forget about all the great opportunities that have landed on my plate… and I forget, I realise, to often appreciate it all and say ‘Thank You!’

This year, I decided to keep my post short and sweet by sharing my six lessons from 2015. They’re in no particular order…

Nothing happens in isolation.

Simply nothing happens in isolation. Nothing. An idea might come from a quiet place but only grows once it’s out in the open. I built my own Studio//73 with the help of others. I work with creative talent to build greater books and deliver amazing shoots. As a brand ambassador and influencer, it’s about sharing the buzz about our industry. My behind the scenes videos is about giving back. We attract what we put out in the world and great ideas are worth spreading.

Be open to new things.

In 2015, we finally wrapped up the Falcons of Arabia book project… something we’ve worked on for 2 ½ years. Sure, we’ve produced over a dozen books but the sport of Falconry was new to me. Why it landed on my plate, I still don’t know, but I grabbed the opportunity. New topics require a great deal of research, study and learning… and in the process you evolve personally and connect with an entirely new crowd. This project meant immersing myself into the Emirati world of Falconry which I thoroughly enjoyed. I’m grateful for this opportunity and for being raised in a culture where exploring new things was always encouraged. And thankfully, I still have all ten fingers!

In March, I spent a week solo in The Empty Quarter, which is the second biggest desert in the world. An entire week ‘off the grid’… self sufficient and without any digital connection, it was a week of pure quality time in nature away from the digital rat race that consumes us. I named it ‘Project Pause – The Empty Quarter’. I thought about it for twelve months or so but once I’d made the commitment to just go, there was a complete shift in my mind. Suddenly, I found myself saying, “In March, I’m going on…” and as luck would have it, brands, friends and clients all picked up on it and wanted to support. Wow. With a bit of cash, my thinking was to produce a cool film about the experience, with the aim of inspiring others to find a Project Pause of their own. And so it happened… 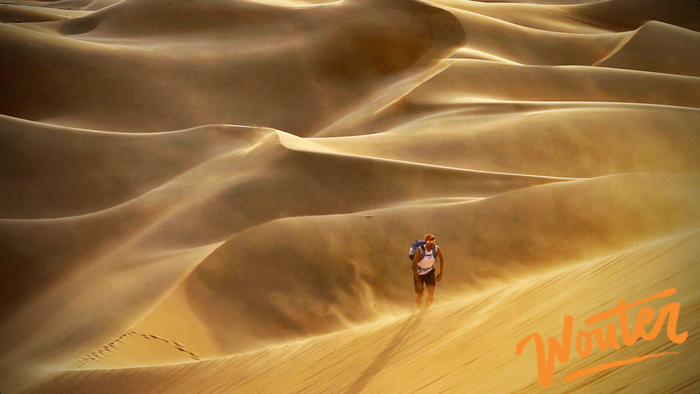 Be patient. Good things will happen, when you least expect.

A gig that pushed the boundaries in 2015 was shooting two big Hollywood stars. Two weeks prior, I got a call… “Are you available on the 5th of November. Please say yes”. Euan and I had worked on a gig in 2012, shooting the world’s biggest golf players in the world’s biggest bunker. This time he pitched a similar idea to do a shoot of Margot Robbie in the same stunning desert landscape. We did just that and the results were amazing. One led to another and the next day, I found myself on the Hyatt hotel’s rooftop helipad shooting Orlando Bloom. Clearly the story isn’t quite this short as there was all the pre-production to think about, but the message is there.  Creating great work leads to new work. Yes it might take time, but when it does, it rocks! This story is just one of a few. In March, I flew to Kuwait for ten days to shoot some amazing fast cars. This opportunity came out of the blue, but it also sort of didn’t… 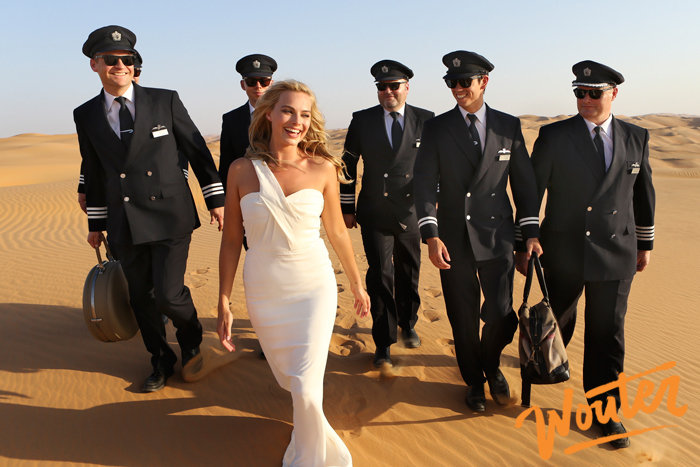 Create from who you are… and do what you love.

As many of you know, I’m a big outdoor and adventure guy. For that reason I tend to attract like-minded lifestyle brands as clients. Attracting them is one thing but turning their briefs into real, RAW imagery is where the real challenge comes in. I put it simple,  you have to work with real people in real places. With Adventure HQ, we went on a five day photo gig, touring the best locations and shooting the best possible content. Yes we got fried, dehydrated and sleep deprived but hell did we capture the real stuff. For Lululemon, it was all about creating the unstaged moments with their pro ambassadors. Creating the unstaged isn’t easy but if you can bring passion and positive energy to the shoot, it’s certainly do-able. My love for the great outdoors has been with me since childhood but turning it into a source of business has required patience and the constant seeking of opportunities.

I normally start a gig with a clear vision in my head, knowing what imagery I want to get out of the shoot. Most of the time this works but not always. When you find yourself swimming upstream, there really is great value in letting go and leaving the shoot to chance. Just letting it flow. I’m not saying to settle on anything less but to allow something different to pan out. Just let things happens as they are meant to be. I’m a big believer in this and it works. Try it.

So there you have it. My lessons from my humble observations working as a photographer, a producer, a storyteller and an aspiring filmmaker. Our futures lie in our own hands and are transformed by the actions we take day in, day out and by the people that influence our lives. 2016 will bring amazing opportunities so make sure you’re ready to grab them with both hands.