The last three months of last year have been absolutely madly busy resulting a fantastic ‘10.

This isn’t the platform to run through a full year performance but I would like to open up the books here. I’m sharing my five key learnings and 10 best gigs. 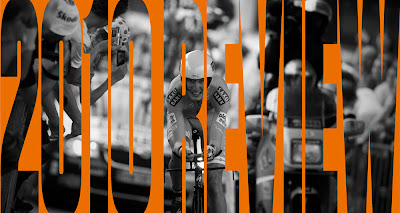 – Think with the end in mind. Work on a strong composition in your head, visualize and work back from there. Doesn’t matter if it’s on site or at a pre production meetings but have a clear plan what the outcome needs to be and how to get max out of the shoot. Without a goal it’s difficult to score. If you leave it to good faith, you’re driven by the circumstances. I’ve had moments that on the way back home I was coming up with all sorts of ideas I could have implemented, if I would have put in some more brainwork before the shoot I could have nailed it on site. Think it all through before I start shooting.

– Can’t expect Amsterdam creatives to jump at my arrival. My wife and I lived in Amsterdam last summer with our new born doing the baby intro tour. Part of me justifying two months off was to introduce my photography work to the Dutch market, establish a name and hopefully to get future work. This proved to be tougher than I thought. For a number of reasons; getting face time with the right people at the 30 or so ad agencies I approached was very difficult – they work in crazily sealed offices, there are lots of other photographers bagging doors so I can only hope my brand message gets noticed, in the current economic climate brands don’t spend big cash on shoots as they used to, photo reps are struggling to find enough work for their current team – let alone expanding. My biggest outcome from all the valuable conversations is that Dubai is a good place to do what I love doing, the 9 years I’ve been here has allowed me to build a valuable network with good business. The task now is to keep my Dutch introduction active by shooting off occasional notes in the hope that a great shoot bounces back. A game of Ping-pong. A monologue translating into a dialogue.

– Secrete police knows more than you think. During the Abu Dhabi Triathlon earlier this year I was joined by a CID (or CIA equivalent) official in the helicopter. Guy appeared to speak little English and was dozing off half the time in the back of the aircraft. Pretty chilled I was thinking, showed a few pictures from the back of the camera and he appeared ok. Once landed he demanded to see all picture, all 5000+ I asked. Yes,…and I want to see them from that camera, pointing at the newly launched Mk4. He knew how to use it flawlessly, flicking through the images, changing CF cards and deleted a few images he didn’t like. I was stuned. His English fluent and if I would have asked him to change the custom white balance he would have managed as well. So don’t be fooled.

– Shooting food. Done quite a few food shoot this year and I find composition more of a challenge than lighting. I prefer to shoot using the modeling light so I can see how the light falls and tweek if needed. In terms of composition it all about making the food look attractive, turning the plate, lifting, cutting, dressing. All sorts of tricks. A big chunck of meat doesn’t always look attractive so crop in and show a nice detail.

– Team recruitment. With my business expanding I’ve come to a stage now that I need more than a great team of freelancers. Especially when I’m running full house too much stuff stays pending. So watch this space for future announcements. I could do with some permanent help.

– I took some corporate portraits of my mum last summer. How touching was that, a real personal shoot. She is used to standing in front of a large audience but in front of a camera is a different story.

– My time with the Abu Dhabi Ocean Racing team left some great memories. I love the romance element of sailing but this is taking it one massive step further. These guys are gearing up for eight months of torture – in the name of ‘love for the sport’. Guys, be safe and go fast.

– Spending the afternoon with Shakira was a useful learning curve for both. Behind as well as in front of the camera. Great portfolio content and I hope the image take her to the next level as well.

– My undercover access to Burj Khalifa early in the year was quite unique. Dressed like a construction worker, stripped down camera kit carried in an normal backpack and walking up endless stairs. What a vision. What a stunning tower.

– Can’t be absent on this list…the Abu Dhabi Adventure Challenge. Held in December and a great way to close the year. Tough like hell, little sleep, amazing athletic performances and again a fantastic book at the end.

– Always keen to explore new places. Baku is for sure a great city for an editorial assignment. The capital has a strong history with an authentic heart, going through a make over with a more glamorous face.

– Got an insider look at what the Tour de France is all about. Pure athletic performance and it’s much tougher than what your see on TV. Thanks for the stories. Thanks for the thrill. Asking for more…

– Mountains, Desert and Wadi’s a great working place to shoot the latest Land Rover line-up. Loved every moment of it.

– A wheel chair doesn’t stop Alessandro and Marco from flying their aerobatics displays. Team We Fly does a kind of synchronized air dance with the three planes. Luckily for me I was allowed inside the cockpit with them!

Take out what works for you. Hope ’11 is as entertaining, fruitfull and busy as the last one.