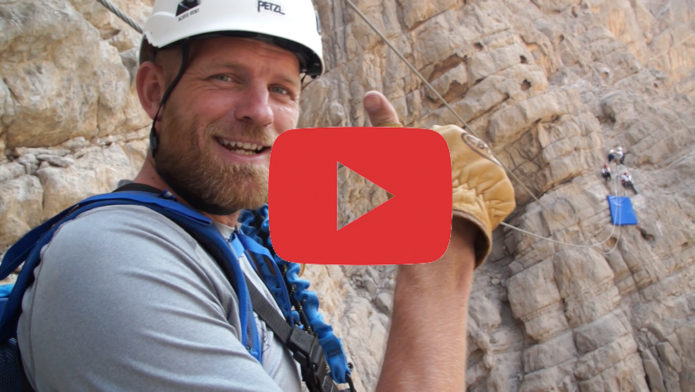 It’s adventure time! An awesome Via Ferrata recently opened on the UAE’s highest mountain, Jebel Jais in Ras Al Khaimah. With the Hajar Mountains as your backdrop, you can now attach yourself to a steel cable and, under the watchful eye of the Absolute Adventure guides, you can spend hours exploring the rock and rushing down cool zip lines.

During my years as an outdoor instructor in the French Alps, I spent lots of time of Via Ferrata’s and believe me, RAK has done a great job in building the real monty. It’ll certainly get your heart pumping; think exposed ledges, intimidating step ladders and the sheer adrenaline rush of being on the country’s highest peak. Anyone who’s up for a bit of adventure should check it out. 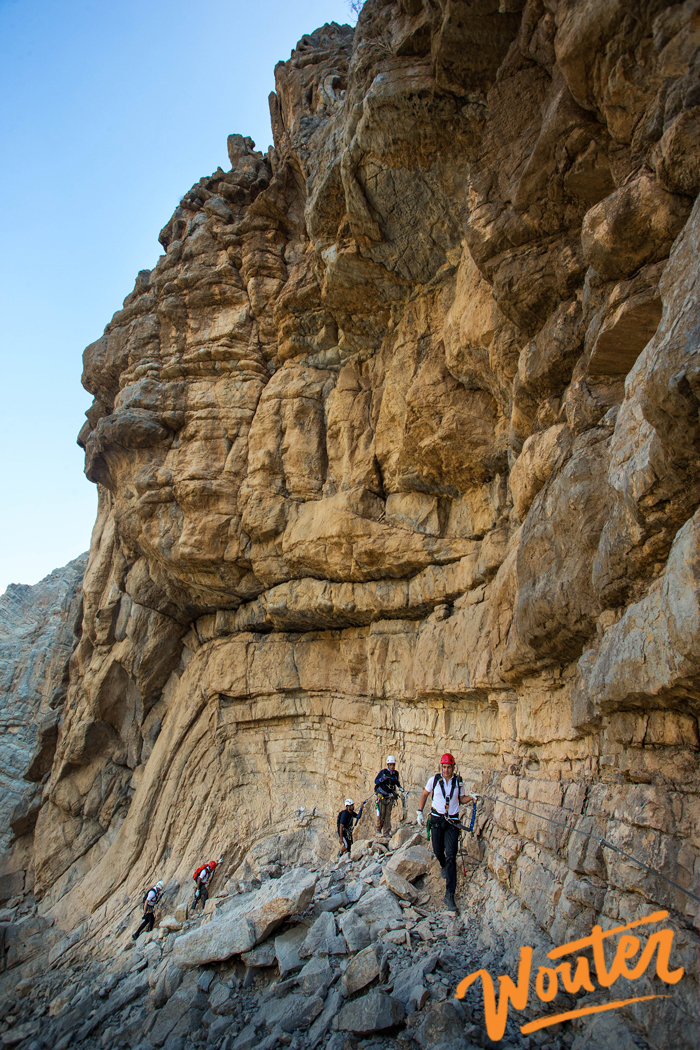 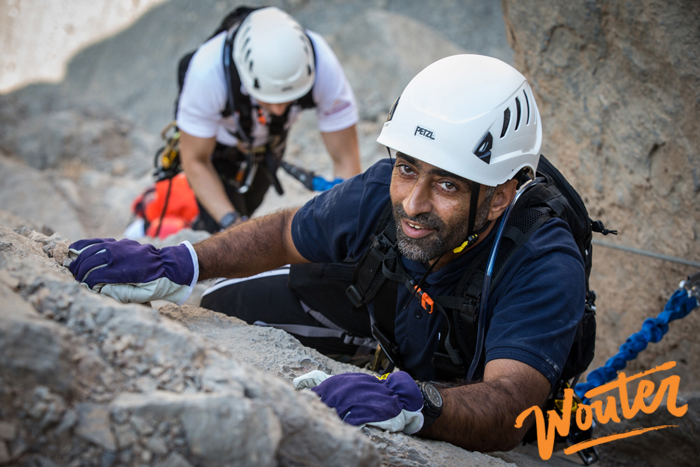 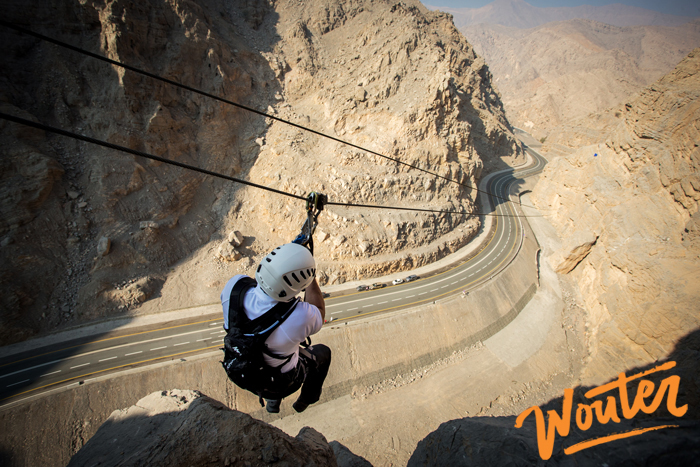 I covered the inaugural PR launch with the RAK tourism CEO Haitham Mattar, and the Emirati adventurers Huda Zowayed and Hamad Al Mazrouey. Yip … never a boring day in my office! Now it’s open to the public and I really can’t recommend it enough. Check out jebeljais.ae

I would love to go back here and shoot a series of ‘staged’ action shots. It’s a tough one. Access outside the Via Ferrata route is, as you can see, difficult but there is scope for more. And yes any excuse to spend more time on the rock…